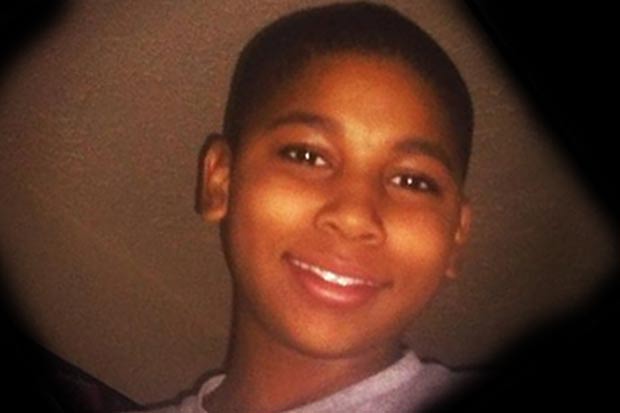 First, a Cleveland police officer shot and killed 12-year-old Tamir Rice as he played with a toy pellet gun in a public park.

Then the city said the boy’s death was his own fault.

And now Cleveland has issued a bill to the Rice family for his final ambulance ride.

That latest development, coming on Wednesday nearly 15 months after Tamir’s death, stirred up fresh outrage — not just from his family, but from the Cleveland police union that’s fought them tooth and nail to clear the officers involved in the shooting.

“Subodh Chandra and I have never agreed on anything until now,” police union President Steve Loomis told CNN affiliate WJW, referring to the Rice family’s lawyer. “It is unconscionable that the city of Cleveland would send that bill to the Rice family.

“Truly disappointing, but not at all surprising.”

Predictably, Chandra had his own harsh words.

“The callousness, insensitivity and poor judgment required for the city to send a bill … is breathtaking,” Chandra said. “This adds insult to homicide.”

He said Samaria Rice feels the $500 claim and invoice for her son’s ambulance ride amount to harassment.

Tamir Rice was 12 when he was shot and killed by police.

On Thursday, Mayor Frank Jackson insisted there was “no intent” to make Rice’s family pay for the ambulance trip, explaining that a city bureaucrat simply had followed routine.

Yes, flags should have been raised, given the incident’s high profile. But the mayor said the city official appears to have responded to what appeared to be a routine request — except that it came from the executor of the estate of Tamir Rice, one of the most volatile cases to hit Cleveland in years.

In December, a grand jury declined to indict the two responding police officers in the case. A federal review of the case is ongoing, and the Rice family is still pressing its case, including with a wrongful death lawsuit against the city of Cleveland.

The city, in its 41-page response to that suit, claimed Tamir died because he failed “to exercise due care to avoid injury.”

It all goes back to November 22, 2014, when Tamir was in a park yards from his Cleveland home. Surveillance video showed him walking back and forth — all alone, it seemed — occasionally pointing his pellet gun.

One man noticed him and phoned 911. “The guy keeps pulling it in and out,” the caller said of the toy gun. “It’s probably fake. But you know what, he’s scaring the s**t out of people.”

The part about the gun probably not being real never filtered down to police.

Instead, a police car rapidly pulled up on snow-covered grass near a gazebo in the park, two officers got out, and one of them — fearing, according to his defenders, the boy would fire — shot Tamir within two seconds. Police claimed Timothy Loehmann, an officer in training, “shouted verbal commands” from inside the car, butwitnesses did not back up that statement, according to a Cuyahoga County Sheriff’s Department report.

Tamir’s family soon got word, rushing to the scene.

“As I was trying to get through to my son, the police told me to calm down or they would put me in the back of a police car,” Samaria Rice recalled to reporters.

She complied, but Tamir’s 14-year-old sister did end up handcuffed and in the back of a patrol car after police officers “tackled” her, her mother and a family lawyer said.

Tamir, meanwhile, was put in an ambulance and rushed to the hospital.

He died the next day.

A lot has happened since, including large-scale protests and numerous legal proceedings.

The ambulance invoice came about from the latter, according to Cleveland’s mayor. He said that the city had written off the $300-plus that Medicaid did not cover from the ride and closed the account.

The estate’s executor, Cleveland chief corporate counsel Rick Corvath explained, was doing his or her “legal duty” to by reaching out to the city as a “potential creditor,” seeking a statement “on any outstanding charges.”

A Cleveland official then reopened the account and sent out the invoice.

The mayor said the city never planned on recouping anything from the Rice family, stating “that account is going to be closed again and we’re withdrawing that claim.” And he apologized if the episode “added to any pain or grief” Tamir’s relatives may have.

Jackson also said his administration will probe what happened, trying to determine if “there was any gross negligence involved or some intent” by a city official.

At the same time, he insisted this situation wasn’t the city’s doing in the first place.

“The only reason we sent the bill to the estate is because they asked for it,” the mayor said. “If they had not asked for it, then we would not be having this conversation.”