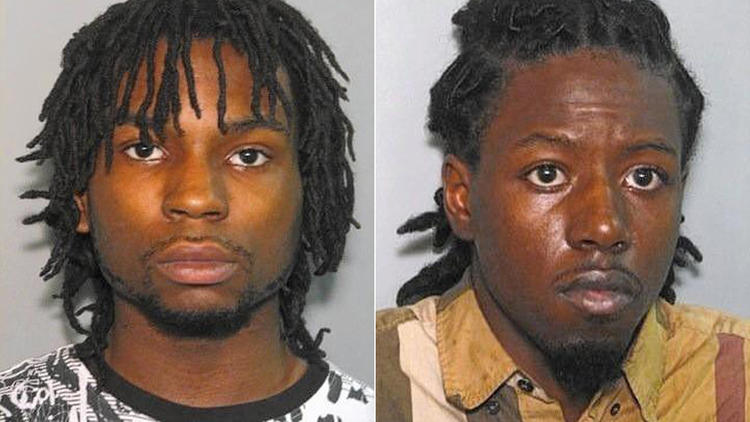 Two men are facing kidnapping charges after police said they held a man at gunpoint and demanded he drive with them to an ATM and withdraw money.

According to Oak Park police, Quishun Q. Jones, 21, of the 3800 block of West Flournoy Street, Chicago, and Jabez M. Slaughter, 18, of the 8200 block of Kilpatrick Avenue, Skokie, allegedly approached a victim who was sitting in his parked car at 9:05 a.m. Jan. 31 in the 100 block of Garfield Street in Oak Park.

Police said the men entered the car and forced the victim, a Chicago resident, at gunpoint to drive them to a nearby ATM.

According to Oak Park Detective Sgt. Michael Lepczynski, the victim drove with the offenders, but they never reached their intended destination. While stopped at a traffic light, the driver was able to flag down a Chicago police officer to report the incident, police said.

“[The] offenders demanded that the victim drive to a bank ATM machine and withdraw money,” Lepczynski said in an email. “The victim observed a [Chicago police] squad car in the area of Roosevelt Road and Central Avenue, exited his vehicle while stopped at a traffic signal and notified the officers of his situation. Everyone exited the vehicle when it was stopped at the traffic light.”

Police later located the suspects in the 3800 block of West Harrison Street in Chicago, where they were identified by the victim, police said. Jones and Slaughter were each charged with aggravated unlawful restraint and aggravated kidnapping with a firearm.

According to the Cook County Sheriff’s Office, both men are being held without bond and were given Feb. 5 court dates.