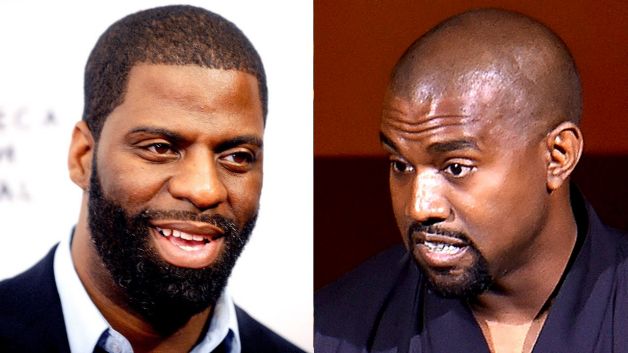 Chicago rapper and songwriter Rhymefest, who has co-written with Kanye West over the years, tweeted that he stopped working with West last month and that the rapper needs counseling.

“My brother needs help, in the form of counseling. Spiritual & mental. He should step away from the public & yesmen & heal,” Rhymefest wrote in a series of tweets Friday (Feb. 12) to fans.

Rhymefest, whose real name is Che Smith, has helped West pen such songs as “Jesus Walks” and “New Slaves.

Rhymefest went on to tweet that West’s “mind” and “spirit” aren’t right, but didn’t elaborate any further. “I love my brother. I pray for his health not our entertainment”

West is in the midst of releasing his latest album, Life of Pablo. The set was scheduled for release Friday, but got delayed because Chance the Rapper was finishing vocals on the song “Waves.” West has been under fire for controversial lyrics about Taylor Swift.

Read Rhymefest’s tweets about West below: 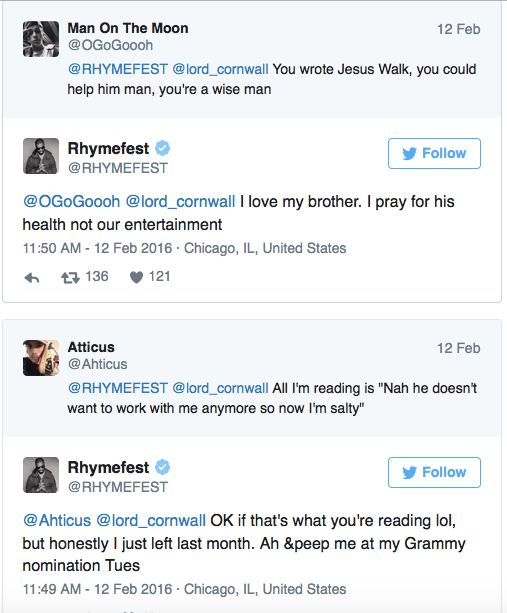 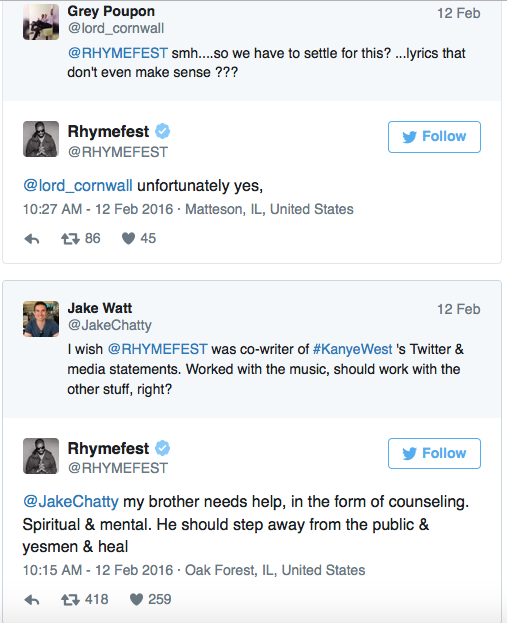 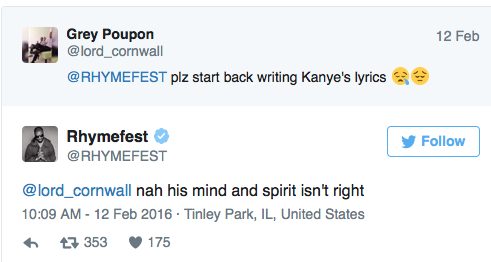