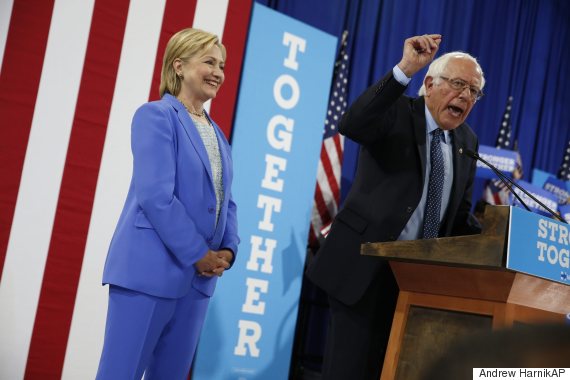 After 14 months of policy clashes and moments of mutual disdain, Bernie Sanders endorsed Hillary Clinton for the Democratic presidential nomination on Tuesday, clearing away the last major obstacle to a united Democratic front heading into the party’s convention this month and the general election this fall.

“I have come here to make it as clear as possible why I am endorsing Hillary Clinton and why she must become our next president.”

Mr. Sanders, the fiercely independent senator from Vermont, who portrayed Mrs. Clinton as a captive of big-money interests during their race, was in a bittersweet but resolute mood, according to Sanders advisers, as he took the stage with her at Portsmouth High School. He was back in a state that once filled his campaign with hope, after he crushed Mrs. Clinton by 22 percentage points in the February primary, and he came around grudgingly to supporting her, the advisers said. But he was also determined to make a strong case against Donald J. Trump, the presumptive Republican nominee, and to champion Mrs. Clinton as the only chance to defeat him.