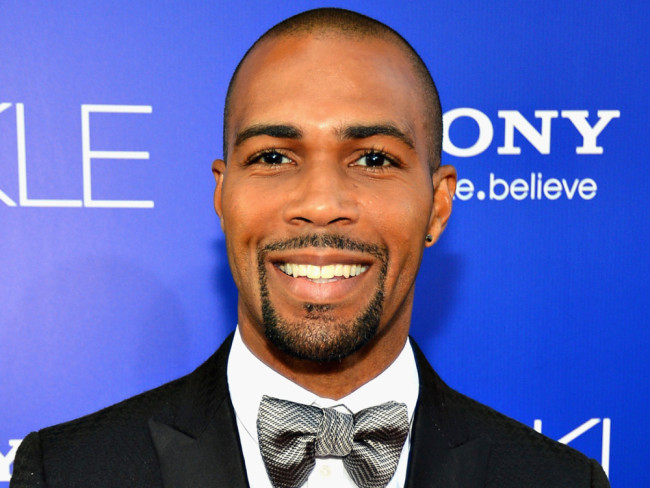 Most people are familiar with the incredibly handsome actor Omari Hardwick from his role as ‘Ghost’ on Power or ‘Andre’ on Being Mary Jane. While the 42-year-old is a rising star in Hollywood, he came from extremely humble beginnings.

In a new interview with Loni Love on ‘The Real’ Omari shared that when he first moved to Hollywood, he was a substitute teacher and high school football coach. Through training the players he met Denzel Washington‘s son John David and got close with the Washington family.

“They perfectly and appropriately didn’t help me out. They gave me shelter when I didn’t have a place to stay or whatever but they sort of allowed me to be close enough to the family so I sort of transitioned into getting an agent…the whole thing…doing all these odd jobs” said Omari.

He was also moonlighting as a firefighter and he turned down a full time opportunity with the fire department for what he thought was his big break on the Spike Lee project, “Sucker Free City”. The show didn’t get picked up and Omari found himself homeless and sleeping in his car.

The actor candidly shared that he was so broke at one time, he couldn’t even afford to pay for his car and it was in danger of being repossessed until Pauletta and Denzel stepped in and paid it off.

When Omari got back on his feet, he promptly paid the Washington’s back and they framed his check because they were so proud of him.

What an amazing story and testament to the importance of empowering others and encouraging them not to give up on themselves! Denzel was already “bae” but this story reiterates his bae status!