Reese Witherspoon is an Oscar-winning actress. Kerry Washington is a member of the Academy of Motion Picture Arts & Sciences. Elizabeth Banks was in the awards conversation this year for her compelling performance in the Brian Wilson biopic Love and Mercy.

Needless to say, they all have a vested interest in seeing the Academy turn itself around after for the second year in a row it didn’t nominate anyone of color in any of the acting categories.

“We’ve been talking about these things for years, and nothing has changed,” Witherspoon said during the Entertainment Weekly Beyond Beautiful roundtable. “I think social media changed.” 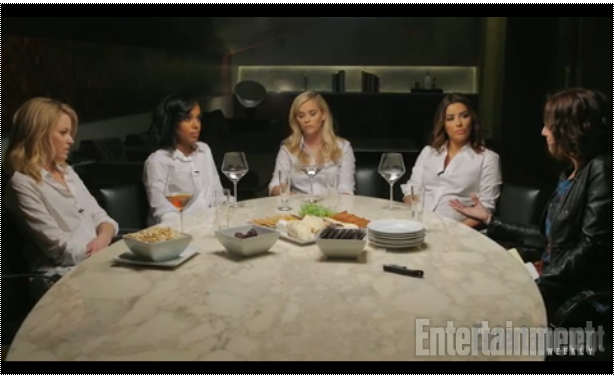 In the wake of this year’s uproar over the nominations, the Academy changed its membership rules with an eye toward increasing diversity among its ranks through the year 2020. “What happened with the Academy is great. It’s incredible. Cheryl Boone Isaacs is amazing,” Witherspoon said of the Academy president.

“It’s this cyclical thing. The Academy dictates what the industry does because everybody in the industry wants those medals, those awards,” Washington added. “It really is this codependent cyclical relationship. The fact the Academy did something so courageous. […] There’s going to be a lot of change in the coming years because of these decisions.”

Take a look at the clip above to see why they believe the changes at the Academy matter so much and how, while it wasn’t speedy, it was necessary and vital. The latest issue of Entertainment Weekly is on newsstands now.