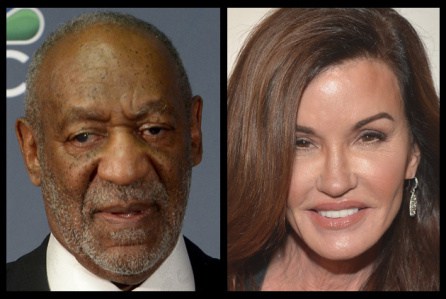 Bill Cosby has a small victory in the California courts. Earlier today an L.A. Superior Court judge Tuesday agreed/disagreed with the actor-comedian’s lawyers to toss an amended complaint by Janice Dickinson in her defamation suit against Cosby and his former attorney Marty Singer.

To summarize: In reviewing the actual brief and then comparing the FAC (First Amended Complaint) vs. the original complaint here are the obvious reasons this was a win today for both Bill Cosby and Marty  Singer. For Marty Singer he is out of the lawsuit. For Bill  Cosby when Dickinson filed the FAC she added Singer as a defendant and she also added (2) defamatory statements into the lawsuit. The Court ruled that the SLAPP motion will proceed on the original complaint and (the November 21st and 24th statements are out) She can not amend her answers and that the only facts to be used are the ones she filed in her original compliant.

What thus means is if Dickinson can not prove her SLAPP action then the case can be dismissed. She still has the BOP to should that she could meet these elements and most make showings prior to  Cosby being deposed if she can’t the case would be dismissed if she can then depositions would then begin.

In a tentative ruling that she read from the bench today, Judge Debra Weintraub also allowed Singer to be dismissed from the case.

“The court finds that the first amended complaint is properly striken,” she said, noting the long on-going anti-SLAPP motion, “defendant Cosby’s motion to strike is granted.” Having said that, Judge Weintraub noted to Dickinson’s attorney Lisa Bloom and the assembled lawyers for all sides that the original complaint still is in play and “we are moving this case along …we will see everyone here on February 29 at 8:30.” Bill Cosby, Marty Singer and Janice Dickinson were not in the courtroom today.

On December 1, Cosby’s recently retained attorneys moved to have Dickinson’s first amended complaint struck or dismissed because they argued it shouldn’t have been filed before The Cosby Show creator’s previous motion to have the matter tossed out on free-speech and anti-SLAPP grounds was ruled on. Singer, who ceased representing Cosby in late October, joined that motion on December 4.
Source:  tattletailzz