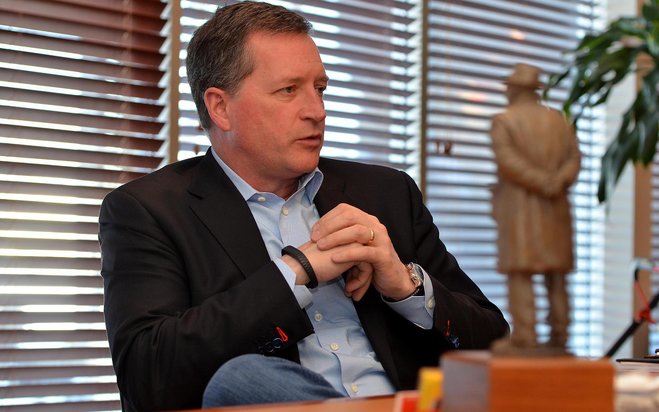 Ariens Co. says it has fired seven Muslim employees for taking unscheduled prayer breaks, and 14 others have resigned over the issue.

More than 50 Somali immigrant Muslims at the Brillion manufacturer recently protested the company’s enforcement of a policy of two 10-minute breaks per work shift — without accommodations for unscheduled prayer time.

The Muslim employees wanted the manufacturer of snowblowers and lawn mowers to continue a previous, more lenient practice of allowing them to leave their work stations at different times — such as at dawn and sunset — to pray as their faith requires of them.

Ariens said it was sticking with a policy that does not accommodate special prayer breaks, despite having bent the rules earlier.

Wednesday, Ariens said 32 of the Muslim employees have chosen to stay with the company and work within the break policy, 14 had resigned and seven were fired for taking unscheduled prayer time.

The Council on American-Islamic Relations, a Washington, D.C.-based group that has been an advocate for the Muslims at Ariens, says it may file a complaint with the U.S. Equal Employment Opportunity Commission, which enforces federal employment discrimination laws.

“We have several options on the table, and we will look at all of them. I think the EEOC is one of the first moves that we normally make,” said Jaylani Hussein, executive director of the Minnesota chapter of the Council on American-Islamic Relations.

The Muslim employees at Ariens have said their religious practices, rather than the company’s break schedule, should determine their prayer times.

They also have said the brief periods of prayer would not be disruptive to the company’s production line, although with more Muslims in the workplace, Ariens said unscheduled work breaks could cost the company millions of dollars annually in lost productivity.

This time of year, the company’s 900 employees in Brillion are balancing the production of snowblowers and equipment for the upcoming lawn and garden season.