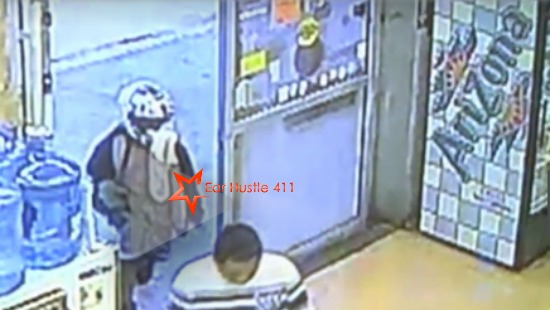 The boy is seen on surveillance video during the attempted robbery. He rode his bicycle to the store and is still wearing his helmet when he goes inside. He walked around for about a minute.

Authorities say he then pulled the gun, approached the cashier and a store employee told station WPBF he demanded money. Another employee managed to take the gun from him.
WPBF reports the gun was loaded, but no bullet was in the chamber. The boy’s mother, Eboni Alls, told the station her son told her he was going to the park to play.She told WPBF she knew something was wrong when she picked up her purse. “I’m like it was so light. I’m like I knew I was missing something. I said where’s my gun?” Alls said.Alls told the station if she could do something differently, she would have the gun locked up in a safe.

The boy was arrested and is undergoing a mental health evaluation.