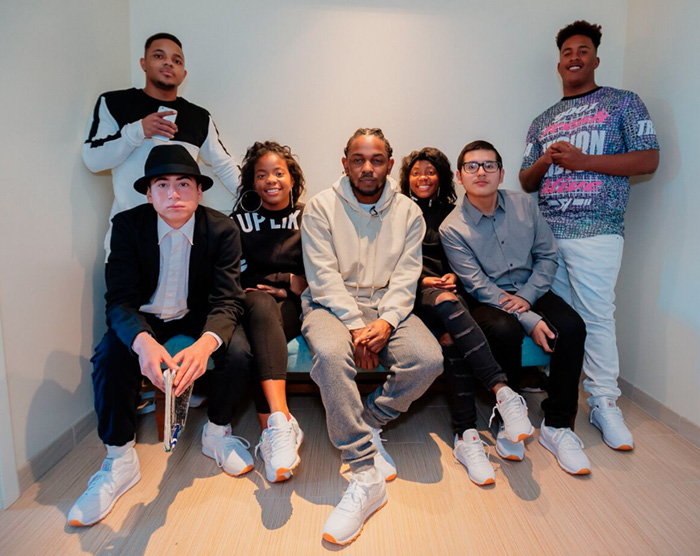 King Kendrick gives back. Before Kendrick Lamar took over the Grammys stage with five wins and an explosive performance last night, the TDE rapper treated six students from his alma matter, Centennial High School, to an experience of a lifetime.

Not only did he lace them with brand new Reebok Classics, but he also allowed the youth to interview him. And after an intimate sit-down, they hit the red carpet before heading inside the Staples Center to watch their idol perform during Music’s Biggest Night.

“Seeing them here reminds me of where you come from,” K-Dot said in a video documenting the experience. “I can see that they’re full of energy, the same way I used to have, and the motivation to want to do something with themselves. In the next 10 years from now, hopefully they’ll be further than where I’m at. It’s a beautiful thing.”

Watch the heartwarming moment below.