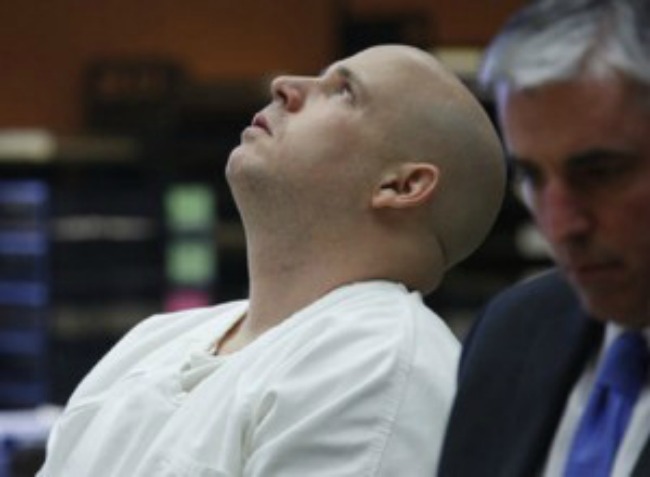 Should there be compassion for police officers who commit wrongdoing and ruin lives? A case in New Jersey reveals what happens when police officers arrest a Black man on trumped up charges, openly lie and write up false reports, then are betrayed by the truth telling of the dash cam and exposed as the criminals they are.

As Bill Wichert has reported in NJ.com over the past several months, the 2012 arrest and assault of Marcus Jeter has been compared to the Rodney King beating incident.  During a traffic stop on the Garden State Parkway in New Jersey, Bloomfield police officers Sean Courter and Orlando Trinidad approached Jeter’s cars with their guns drawn and ordered him out of his vehicle.  One of the cops broke Jeter’s car window and forced him out.

Had they been true, the police reports that the officers wrote up would have been damning for Jeter.  According to those reports, Jeter resisted arrest and attempted to take a gun from one of the officers as he was being removed from his vehicle. Jeter denied those allegation.  The police also claimed Jeter struck one of the officers.

Jeter, who said he was afraid of getting shot, maintained his hands were raised in the air for the duration of the incident.  Although he faced charges based on a dash cam video, a second dash cam video he obtained through an open records request proved Jeter was right and that the officers were liars.  In a twist of fate that we rarely witness, charges were dropped against Jeter, and the cops were indicted, each facing up to five years in prison.  This past November, a jury found the officers guilty of a number of charges, including official misconduct; conspiracy to commit official misconduct; tampering with public records; falsifying or tampering with records; and false swearing.  Trinidad, who had been charged with aggravated assault on Jeter, was found guilty of a lesser count of simple assault.  Both cops had been suspended without pay for two years for their role in the false arrest and cover up.  Call it justice, however rare and meager.  Meanwhile, Jeter filed a lawsuit claiming he was the victim of racial profiling.

“These officers give a bad name to all the good, honest, decent police officers,” said Essex County Assistant Prosecutor Berta Rodriguez. “Courter and Trinidad took an oath to uphold the law. On that day in June of 2012 they violated that oath.”

Yesterday at his sentencing, Courter’s wife Kristina addressed the judge and asked for leniency for her husband.  She spoke about the financial and emotional impact on their family, and the impact on their children of having their father in custody.

“Emotionally, mentally, physically, financially, we are at a loss due to Sean being gone,” said Kristina Courter, also saying that “having Sean gone has felt like a death in the family.”

“I love my children more than anything in the world and I know they need me,” Sean Courter told the judge, wearing a white jail outfit. Courter’s attorney, Charles Clark, said his client “saved lives as a police officer” and has “led an extraordinary life as a police officer,” as NJ.com reported.

As the wife of a crooked cop seeks compassion from the court and leniency for her husband for his criminal wrongdoing, she emphasizes the impact his imprisonment is having and will have on their children.  While this may be the case, it also highlights the plight of Black children — innocent girls and boys who are rendered fatherless because of criminal police officers such as Courter who frame their daddies.  Will we ever know how many Black men are languishing in prison — perhaps for their entire lives or until they are put to death like a dog — for crimes they did not commit?  And did the court show any compassion or leniency for the children of the falsely convicted, who often receive no restitution even after the injustice is uncovered?

Sean Courter may love his children, but he did not consider the well-being of his children when he committed this heinous crime of attempting to lock up an innocent Black man?  How many Black children are suffering, and how many police officers were promoted and awarded for their corruption?  This is something to consider as more of these cases come to light.