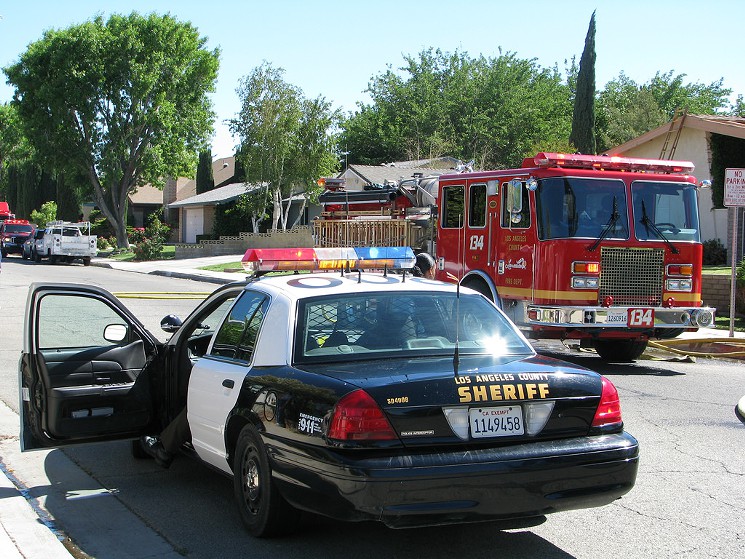 Over the last several months, the phrase “white lives matter” has been derided by many as a willfully obtuse (and usually racist) response to the Black Lives Matter movement, particularly in light of the disproportionate number of African-Americans shot by police.

But one group of mostly African-American civil rights leaders is stepping up to question a deputy’s shooting of an unarmed, white, homeless man in Castaic — because it just might be the right thing to do.

“We can’t only be advocates when black people are killed by police unjustly,” says Najee Ali, founder of Project Islamic Hope.

Ali is organizing a coalition of civil rights groups, including Project Islamic Hope, the National Action Network and the L.A. Urban Policy Roundtable, which will call on state Attorney General Kamala Harris to launch an investigation of Tuesday’s shooting.

“They shot this homeless man for nothing,” Ali said of how witnesses have described the shooting. “He was unarmed and they killed him. I found out he was white later on. It doesn’t matter to me.”

Indeed, one witness told reporters the man, later identified as 51-year-old William Bowers, was shot without warning as he rode a bicycle, or perhaps immediately after he got off a bike.

The shooting happened about 9 p.m. Tuesday in the 31500 block of Castaic Road, Deputy Mike Barraza said.

“According to investigators, deputies attempted to stop the suspect after they recognized him from previous interactions and knew he was on probation for a narcotic violation,” he said. “When the suspect fled on foot, deputies followed him and eventually made contact with him. It was at this time that a deputy-involved shooting occurred.”

Bowers, struck by gunfire in the upper body, was declared dead at the scene, Barraza said.

While Ali and his coalition wait to hear from Harris, some probes have already been launched in response to the confrontation, including a Sheriff’s Department review and an inquiry by the District Attorney’s Office.

Still, Ali would like to see investigators outside the Los Angeles law enforcement community take a look at the deputy’s actions.

A protest is being planned for the days ahead, he said.

Ali said the shooting, besides being a possibly deadly violation of civil rights, also points out the need for the L.A. Sheriff’s Department to catch up with the Los Angeles Police Department in equipping its cops with body cameras.

It doesn’t appear the confrontation was captured on video, but anyone with information or documentation was asked to call authorities at 323-890-5500.