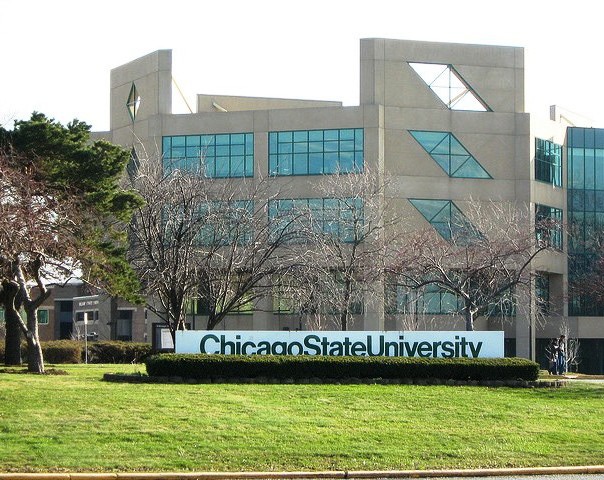 Those were the words that Charles Preston, a senior at Chicago State University said in regards to the possibility that the school might close it’s doors forever. The current budget crisis which has not be resolved since June is affecting the only majorly black public university on Chicago’s South Side.

Currently, 30% of the school’s budget in order to operate comes directly from the state. Sources estimate that funds are projected to deplete by the end of this month on March 1, just under two months short needed for many to graduate.

Preston stated that in addition to needing one more semester to graduate, the financial turmoil he faces will only dig him into a deeper debt hole. He also mentioned that many of the credits he earned while attending CSU would not be transferable to others schools like his earned credit in African-American studies for example.

While the school is intent on staying open and providing services and education, Chicago University President, Thomas Calhoun Jr, stated that this shortage “may lead to a massive disruption of services.” Even staff are taking their own wages into concern and currently deal with this issue one step at a time, day by day.

Another official from CSU stated that the semester must end regardless of the outcome as there is a moral, legal and ethical obligation commitment that must be met.

A student led coalition has formed and are currently attempting to try and influence lawmakers to pass the budget needed to continue funding the school. Some feel that the attempts might not be worth it since the shut-down is less than a month away and the lack of knowledge kept the students in the dark after many did not find out until the end of last year.

The clash of Republican Governor, Bruce Rauner, and the majorly Democratic state legislature have been playing games, blaming each side for the cause of the budget crisis. Even Rauner’s deputy chief mentioned that the school’s mismanagement of their own budget was a “waste”.

Calhoun recently sent a letter to Rauner’s Office, criticizing them for creating “misleading statistics” about the school’s graduation rate and for failing to recognize the issues with a nontraditional student body. More than 40% of the graduates of CSU are first in their families to attend college as well as more than 50% of the school’s attendees come from families that are at or below the poverty level.

Preston reiterated more thoughts, saying that the school also helped him in more ways than one. ““Back in 2013 I was diagnosed with clinical depression and suicidal ideation. In order to get that diagnoses, I had to go through three doctors at Chicago State, and you see the city already closing half of its mental health facilities. You have a free service here on the South Side of Chicago, free to CSU students. CSU provides mentoring for incoming freshman, and even high school seniors, to get adjusted to college life, especially if they come from a bad community or a community with a lot of obstacles.”