It comes with the job, you never know what the next call will bring, Chicago firefighter Kelly Begley says.

She recalls how on one early morning in October 2014 in the 200 block of west Jackson, she and other CFD first responders were helping Brandon Pinder.

He was in need of medical care when he turned on them and attacked.

He lunged at the lieutenant, fell to the ground and then bit paramedic Begley in the leg.

Both had to be hospitalized.

The pain of the tissue and the damage was one thing, the mental anguish of “what if?” was another.

Pinder was charged with multiple felonies and on Wednesday in a courtroom filled with any fellow first responders he received his sentence 6 years in the state penitentiary. 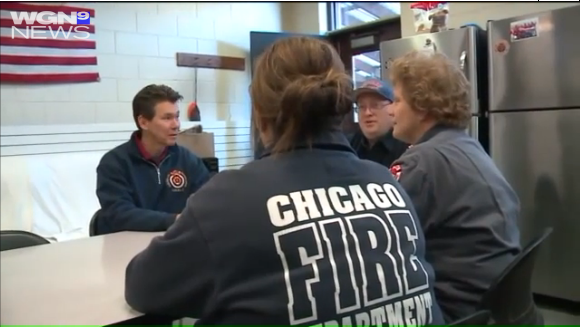 This isn’t the first time she’s been assaulted on the job and too often she says she’s not alone.

She said it was her third time being assaulted and this past Halloween weekend, five to seven department members were assaulted and incidents like these happened on a regular basis.

CFD union officials in recent days met with State’s Attorney Anita Alvarez to impress upon her that when assaults to first responders happen, they don’t want them watered down to misdemeanors to make room on the docket or in prison for more so-called serious crimes.

Begley says her enthusiasm for her job hasn’t waned, she and her colleagues just want to send a clear message that they didn’t sign up to be assaulted, they signed up to help people.