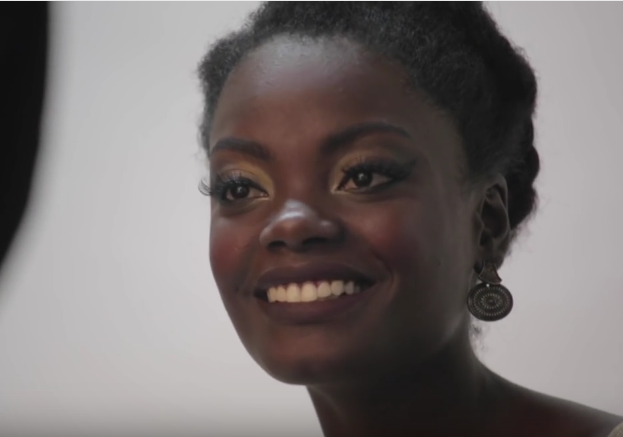 Every year, millions of tourists and Brazilians alike gather for Rio de Janeiro’s Carnival. During the carnival, Brazil’s biggest television network, Globo, selects the Globeleza carnival queen, who then becomes the star of the entire carnival.

Nayara Justino was chosen to be the queen in 2013, voted in by the public, but inexplicably, she was dethroned and replaced by a woman with much lighter skin.

Now, Justino is speaking out in a new documentary about her experience with racism after she was declared the next Globeleza queen.

“Brazilian TV’s carnival queen has always been light-skinned. But that didn’t stop me from applying when Globo held the first public competition to find a new carnival queen in 2013,” Justino explains.

She ended up winning the conversation, but when her picture began to circulate, that’s when things went south.

“Lots of people were talking about the color of her skin because she was black and there had never been a black Globeleza before,” Rayla Souza, a friend of Justino, says.

“People came on my Facebook page, calling me ‘monkey’ and ‘darkie,’” Justino says. She then adds, “It was the racism that hurt me most of all. And the racism wasn’t just from white people, it came from black people, too,”

A few days later, her throne was taken from her and given to another woman with lighter-skin without a public vote.

Globo gave this response when asked about the choice to award the throne to another: “Globo does not base its contracts on skin colour. Actors are chosen according to their artistic fitness for the role. The same criteria applies to the choice of Globeleza, where artistic merit prevails.”