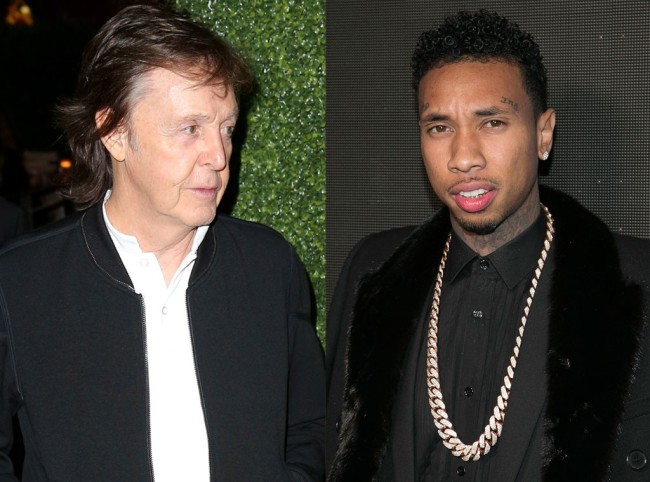 Unfortunately, you read that headline correctly.

Last night was the 58th Grammy Awards, and it was a big night for several stars, from Taylor Swift to Kendrick Lamar. Paul McCartney, however, had quite the unique experience when he tried to enter Argyle Nightclub in Los Angeles for Tyga‘s Grammys After Party. By unique we mean, he was not allowed to enter, twice, thanks to an audacious security guard.

McCartney, who was flanked by Beck and a drummer from the Foo Fighters, kept things light-hearted even with the TMZ cameras rolling, and joked that maybe he needed another hit. Consider that for a second. A Beatle and 21-time Grammy winner, suggesting that he needs another hit record to enter a party hosted by not-a-Beatle and a 0-time Grammy winner. Unreal. 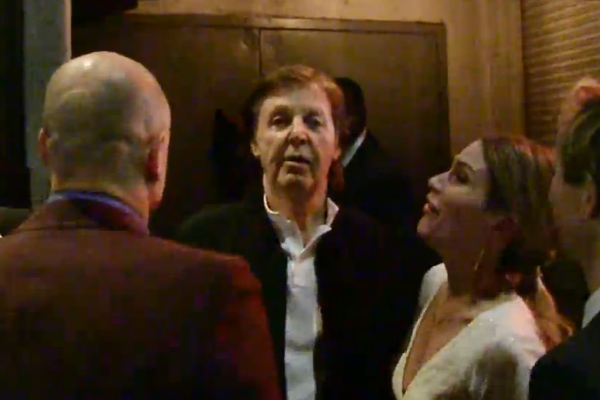 Thankfully, Paul decided to blow the joint and head over to Republic Records’ party, where he wasn’t denied entry. If anything, considering he still had a good time, this was totally worth seeing McCartney crack jokes about not being successful enough to get into the club.