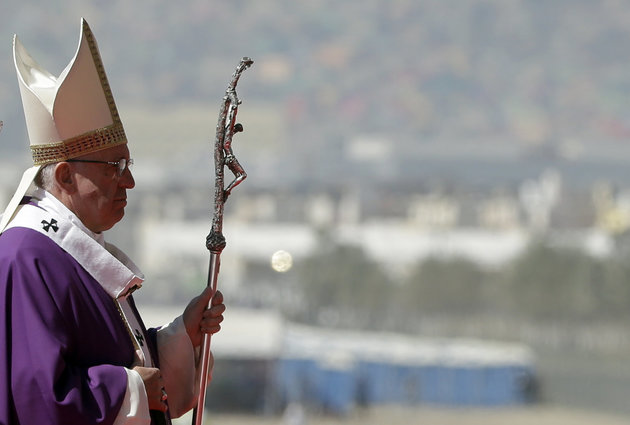 Pope Francis celebrated Mass on Sunday in one of Mexico’s poorest and most dangerous cities. This was also an opportunity to take a stab at the nation’s corrupt and rich elite. Dubbing the nation, “a society of the few and for the few”, he slammed those who have inequality for the nation as well as those who consider themselves above the rest.

“That wealth which tastes of pain, bitterness and suffering. This is the bread that a corrupt family or society gives its own children,” the Pope stated Sunday in the city of Ecatepec.

Home to one of the world’s richest men, Carlos Slim, the corruption of wealth and politics has slain the country into a deep state of violence and poverty. The town has seen a surge of violence and drug cartels operating in and around the area.

According to sources, a weak economy and a looming high unemployment rate amongst youth has caused rises in gang violence with murder rates in the town being one of the highest in the nation.

The town is also home to Saint Death, a cult figure that is said to grant the wish to many without judgement. The figure is depicted as a “Grim Reaper” in white robes, wearing beads and carrying a scythe. 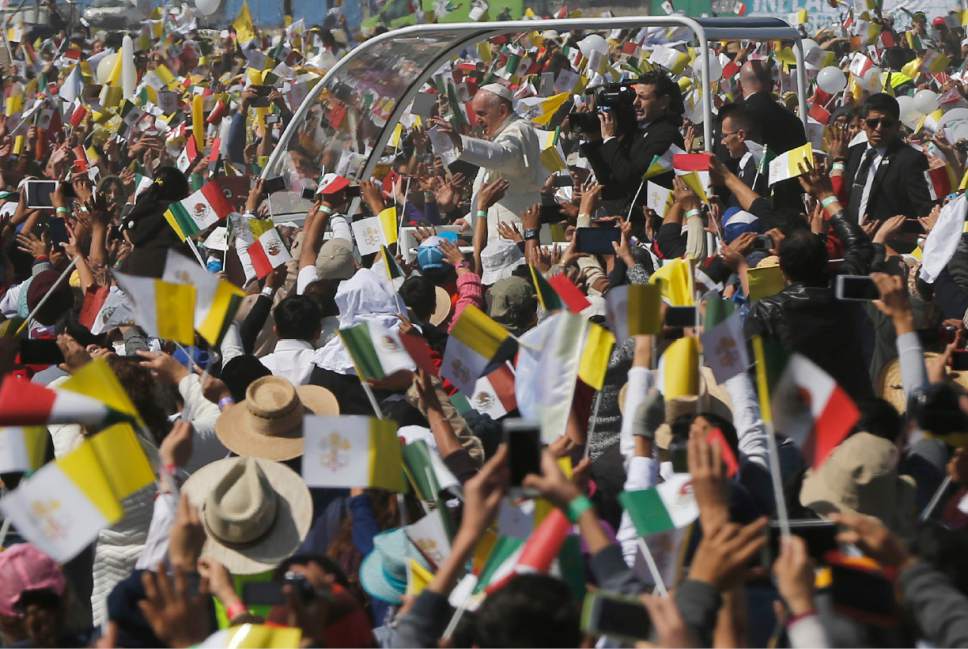 Millions of people from everywhere commuted to the corrupted town to greet the Pope, with many wearing white t-shirts with his image printed on the front. Many of the people who’ve been victim to terror and violence asked for the Pope to give them strength during these hard and unpredictable times.

Over the past decade, about 100,000 people have been killed in drug related crimes with over 26,000 people missing. President of Mexico, Enrique Pena Nieto, has failed to address the bloodshed and terror that have been plaguing the nation for many years. During his term as Governor in the State of Mexico, from 2005-11, the murder amongst women had doubled.

Many blame the under-funding of law enforcement in the nation with a good majority of murders going unsolved and the family members complaining the little interest law enforcement have shown on solving these crimes.

Unlike his predecessor, Pope Benedict, Pope Francis is taking on the most troubled corners of the world and making appearances. His other stops on his tour of the nation include Chiapas and the State of Michoacan where cartel vs. armed vigilante wars have escalated highly in a major bloody conflict. His final stop will be in the city of Juarez where he will address illegal immigration issues, visit families of victims of violence as well as visit a prison.

Pope Francis slammed and spoke out against the corruption that President Enrique Pena Nieto, has failed to address. The government has drawn criticism for failing to seek and go after corrupt politicians.

Francis advised the nation’s bishops and religious leaders to speak out against drug traffickers, calling the trade a cancer that is eating away the status of the nation.