We know the internet can be a harsh and cruel place where people tend to speak their mind and most likely wouldn’t do it in front of people in real life, but that is where a young little girl named Lexie decided to take on the internet and use social media to open up and speak about her incident about having been bullied.

Not only can the internet be a cold world but it can be a place of immense support too. The BULLY Project recently teamed up with the Ad Council, to create an anti-bullying ad that features Lexie and her mother. The ad recalls the incident in which Lexie collaborated with The BULLY Project in 2014, which she shared a photo of herself holding a sign that read:

“I got bullied for wearing glasses! Share if your against bullying!”

Since then, the photo has been shared more than 4 million times on The BULLY Project’s Facebook page. 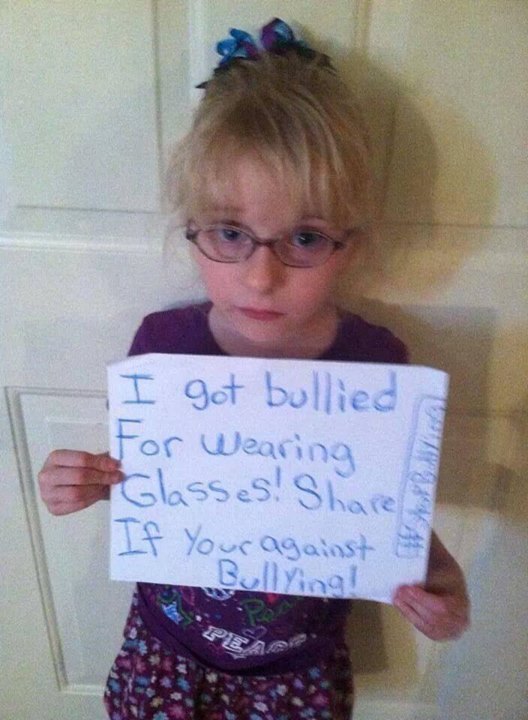 Those who supported Lexie also shared pictures of themselves and other family members wearing glasses. One commenter stated that their child too has worn glasses, since 15 months old, and supported how beautiful Lexie looked with her own glasses as well.

According to a report conducted by the CDC, 28% of 12-18 year olds have reported some sort of bullying. Overall, the immense support Lexie received prove that many feel connected in the fight against bullying.

See, there is still hope and will there continue to be hope for many more!