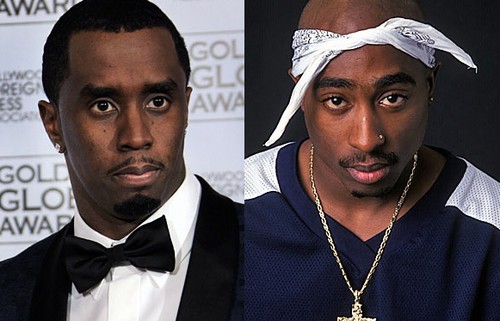 Shakur, 25, was murdered in a drive-by shooting in 1996 in the middle of a feud between rival rap groups from the East and West Coasts of the US.

Now retired detective Greg Kading has said the entire hit was setup by Sean ‘P Diddy’ Combs, who was then known as Puff Daddy.

Kading also claims that the murder of Combs’ best friend Christopher ‘Biggie Smalls’ Wallace six months later was in revenge for the murder of Shakur.

It was therefore Anderson who shot Skakur dead after he left a Mike Tyson fight on September 7, 1996, Kading claims.

The documentary, Murder Rap, includes a 2008 interview with Keffe where he claims to have heard Diddy issue a call for Tupac’s murder.

He declared to a room full of Crips gang members that he’d “give anything for Pac and Suge Knight’s heads”, the Huffington Post reports.

He goes on to say in the police interview that the rapper had later approached him and offered him $1 million to kill the pair.

In the documentary, Kading says he “trapped” Keffe into revealing details of Shakur’s murder in order to avoid a longer sentence for another crime.

Kading says that in retaliation to Tupac’s murder, his manager Knight ordered the killing of Combs’ long-time friend Biggie Smalls.