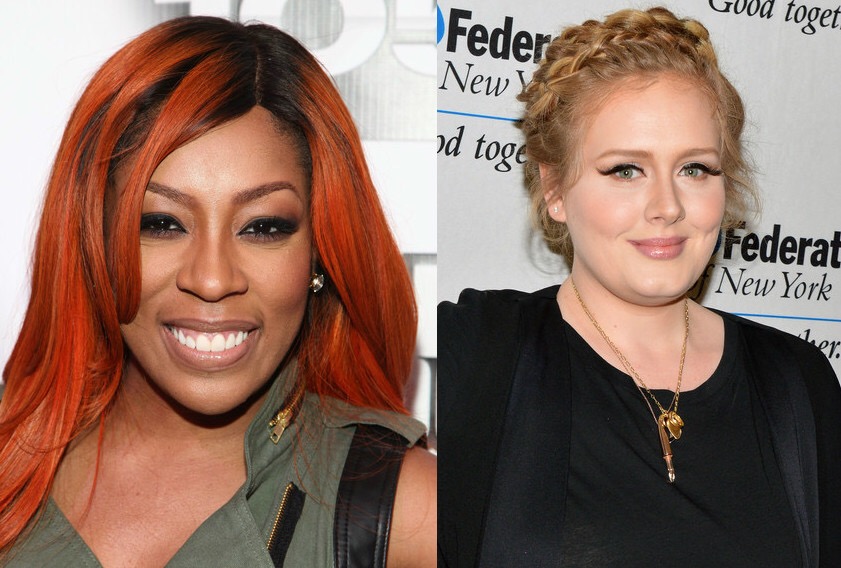 R&B singer K. Michelle believes that Adele is enjoying her current status simply by virtue of being White. She asserts that were Adele or Sam Smith Black musicians, they wouldn’t be as successful as they are now.

Without a doubt, the two have coined a unique soul style that has earned them accolades across the globe. But Michelle says they’re only penetrating the market because of their racial backgrounds.

Michelle recently gave a stinging answer when asked about the state of Rhythm and Blues during a Q&A session. She said: “They allow White people to sing our music … blue eyed soul is some bullsh*t. Yeah, I said it.”

She didn’t mince her words; in fact, she even cited Adele’s “Hallo” single, saying if the same song would have been done by a Black musician, it would have flopped.

“‘Hello’, that’s some bulls**t, sorry. It’s a great song, great artist, but if a Black girl was to sing that very song, it would not get played on the radio,” she said.

Last week, Michelle hosted a screening of “My Life” for fans in Atlanta. The reality TV series premiered on January 25 on VH1. The episode gives insight in her complex dating life, recounting her travels “from London, Los Angeles and Atlanta to record her third album,” which comes as a follow-up to her “Rebellious Soul.”

Michelle further said during the Q&A session that it’s the Black community that’s killing Black R&B musicians. She says, in part, Blacks don’t appreciate the works of fellow Blacks, but are quick to embrace and even spend on music released by Whites.