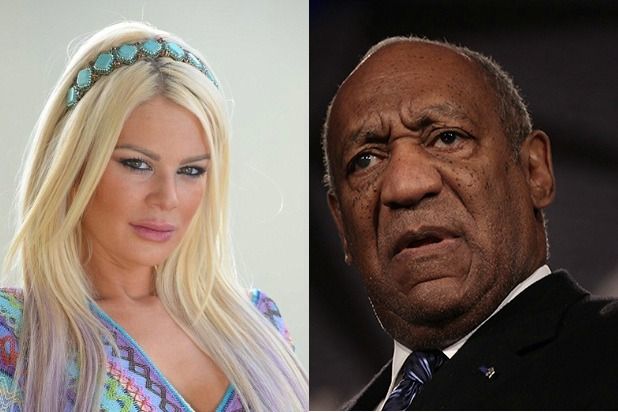 Bill Cosby accuser Chloe Goins dismissed her lawsuit against the comedian on Tuesday, according to court documents obtained by TheWrap.

Goins’ lawsuit seeking damages in excess of $75,000 referred to the former “Cosby Show” star as a “serial rapist,” and claimed he sexually assaulted her in 2008 at the Playboy Mansion.

According to the filing, Goins dismissed the case without prejudice, meaning it’s possible she can bring suit against Cosby again. It is not yet known if the two parties reached a settlement. Lawyers for Cosby and Goins have not yet responded to TheWrap’s request for comment.

The lawsuit, filed last October, went into explicit detail on Goins’ allegations that Cosby drugged and assaulted her during a party atHugh Hefner‘s famous Los Angeles home. According to the suit, Cosby gave Goins a drink after which she “began feeling sick to her stomach and dizzy.” After being escorted by Cosby to a room, the lawsuit alleged, she “blacked out” and later woke up naked.

“Ms. Goins awoke to find that her breasts were wet and sticky, as if someone had been licking them, and Bill Cosby was biting one of her toes as he crouched at the end of the bed,” the lawsuit read.

Cosby isn’t in California, where the suit was filed, to celebrate, though. He arrived at a courthouse in Norristown, Pennsylvania on Tuesday morning to ask a judge to dismiss criminal sexual assault charges filed against him in December, stemming from a 2004 allegation by a former Temple University employee.

It’s the first criminal case Cosby is facing in response to similar complaints from dozens of other women.

According to USA Today, the defense’s key witness is former District Attorney Bruce Castor, who did not pursue criminal charges against Cosby when the crime was first reported.

While taking the stand Tuesday, Castor said there was “insufficient credible and admissible evidence” to show Cosby had committed a crime beyond a reasonable doubt, citing a “credibility issue” with the plaintiff.