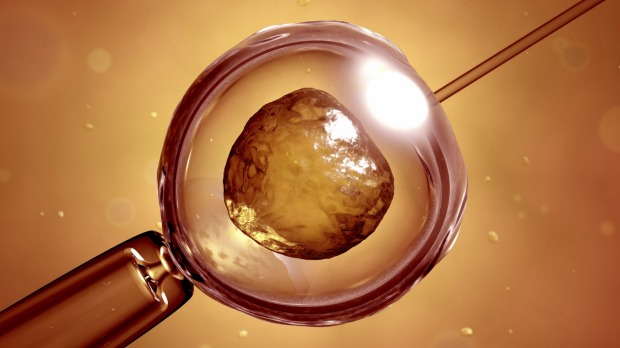 Did you know that several months ago scientists were genetically modifying human embryos?

Read below for more details:

An international group of scientists have until now agreed to not use the CRISPR-Cas9 technique to create genetically modified human embryos. But the technique is there, and so easy to use. How long will it  take until somebody breaks down and starts creating super-babies?

Already in April Chinese scientists reported editing the genomes of human embryos. Junjiu Huang, from Sun Yat-sen University in Guangzhou, worked to modify the gene responsible for β-thalassaemia, a potentially fatal blood disorder. He brushed off criticism by using ‘non-viable’ embryos, which cannot result in a live birth, that were obtained from local fertility clinics.

Now British researchers at the Francis Crick Institute in London, led by stem cell scientist Dr Kathy Niakan are seeking permission genetically modify human embryos for the first time. “To provide further fundamental insights into early human development we are proposing to test the function of genes using gene editing and transfection approaches that are currently permitted under the HFE Act 2008,” said Niakan. “Importantly, in line with HFEA regulations, any donated embryos would be used for research purposes only. These embryos would be donated by informed consent and surplus to IVF treatment.”

The process is naturally causing lots of controversy. If CRISPR can be used to prevent genetic diseases or help with fertility treatments, that is obviously a good thing.“The use of genome-editing techniques in this context is really the same as using any other method on an embryo that is not going to be implanted into a woman, and which will be destroyed after a few days of culture,” Sarah Chan, a bioethics researcher at the University of Edinburgh